The 60s, London: The Krays are on the rise, using their inimitable violent ways to gain power over the city. One man, the fearless Detective Nipper Read, is sent in to tackle the unenviable task of bringing the city back under the rule of law and taking on the country’s most feared mobsters in the process. As he faces bent coppers, political backstabbing, and terrified witnesses, Nipper becomes increasingly obsessed, putting everything and everyone he knows at risk. 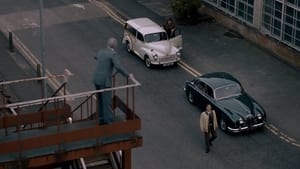