Nothin, Usurp With U?

The kingdom adjusts to life under its new (old) king, the Old King, who is back on the throne thanks to Danielle’s machinations. Patrick is torn between loyalty to the kingdom and loyalty to his former king, Merriman. Meanwhile, Merriman tries life as a civilian and quickly finds a new career after a mushroom-fueled drug trip. 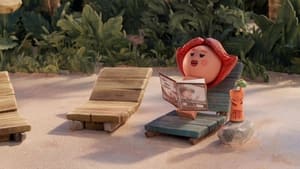